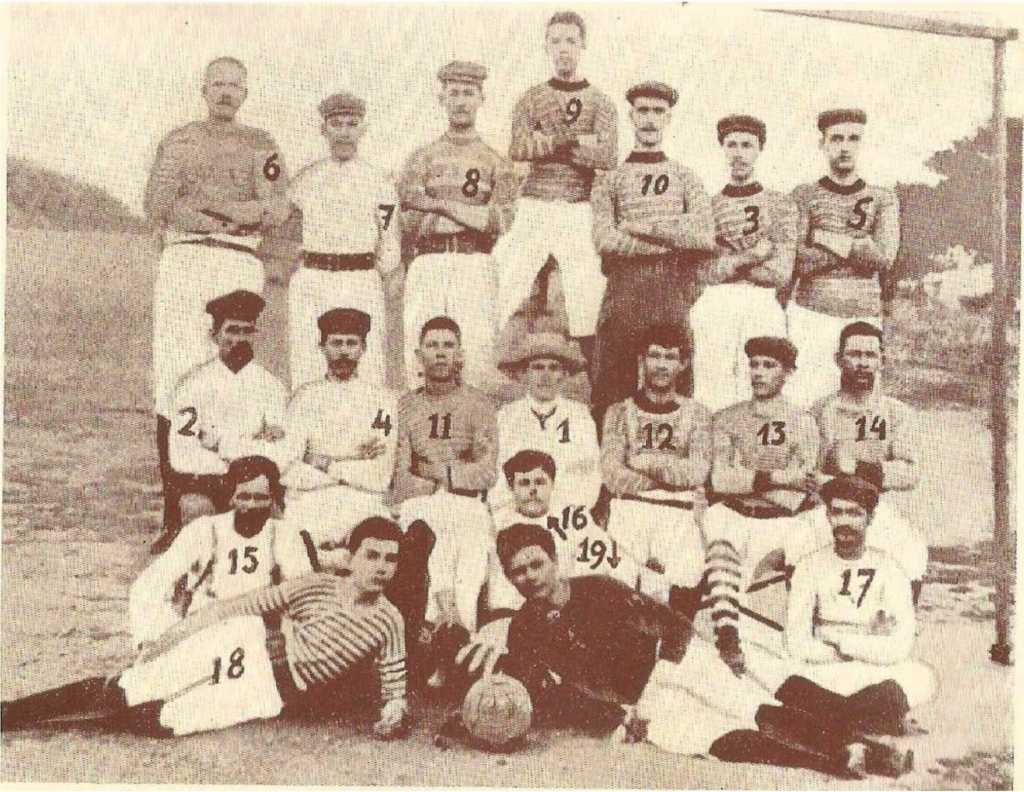 Soon after, football was introduced in schools by the Dutch Freres and more teams were formed in Aruba. The first records of organized competition are from 1921 when the Club Wilhelmina won the competition. The first international match to be played in Aruba was in 1924 when Curaçao Club Sparta visited Aruba and played a match against Vitesse from Aruba. With the establishment of Exxon LAGO Refinery in Aruba and subsequently economic growth, more and more teams formed in Aruba and football spread out over the island.

In the years following the establishment of the Arubaanse Voetbal Bond, more clubs were formed and clubs like Racing Club Aruba (1934), La Fama (1938) and Bubali (1943) were formed. Racing Club Aruba (R.C.A) dominated Aruba’s football in the 30s, 40s and 50s. The 50s meant the start of a new era in Aruba’s football. At the Olympic Games of Helsinki 1952, five players from Aruba were part of the Netherlands Antilles team.

Through the 50s and 60s on several occasions, Aruba successfully represented the Netherlands Antilles at the Caribbean and Central American Games and the Concacaf Championships, either as Aruba or as most of the delegation. New clubs emerged, with Dakota (1947) and Estrella (1948) reaching new heights of success in the 60s and 70s. In 1965, R.C.A. becomes the first club to win the Copa Antillana and in 1970 Estrella would win the Copa Antillana too.

At the start of the 80s, the political situation changes in Aruba. In 1986 Aruba becomes an autonomous territory within the Kingdom of the Netherlands and in 1988 Aruba becomes a FIFA and Concacaf member. In 1989 Aruba plays its first international match as FIFA member in the 1989 Caribbean Championship. Aruba finishes last in the group, but on May 21st 1989, Aruba gets its first point in an international match, after drawing 0 – 0 against Grenada. Throughout the 90s and into the new millennium Football in Aruba continues to grow with Aruba participating not only in men’s international competitions, but also with youth national teams and with women’s and girls’ national teams.

Currently, the A.V.B. is responsible for the organization of all youth competitions, for both boys and girls starting at the age category of U-5, with over 2000 active registered players and with already 90 years since the foundation of the A.V.B. the road to the 100 years celebration looks to be a bright one.